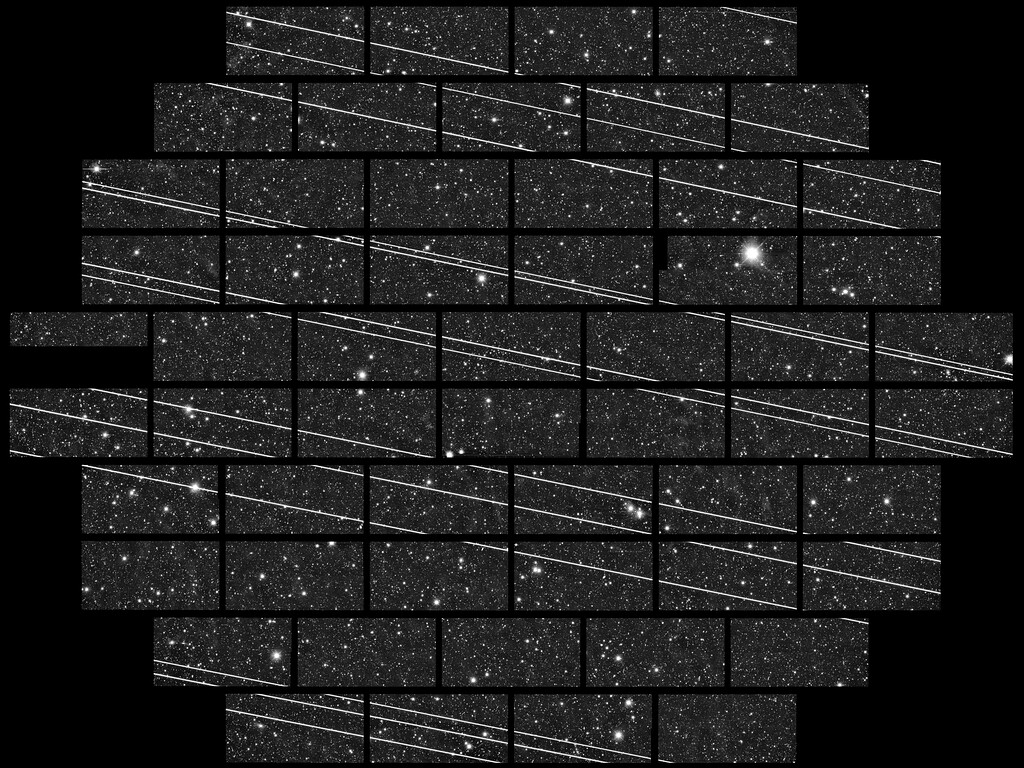 A week after their launch, 19 Starlink satellites were imaged on November 18 by the DECAM instrument on the Víctor M. Blanco 4-meter Telescope at the Cerro Tololo Inter-American Observatory in Chile. The satellites took 4 seconds to cross the instrument’s field of view which was about 4 times the diameter of a full Moon. Credit: DECam DELVE Survey/CTIO/AURA/NSF

In consideration of accommodating most of the globe, the CPS held, in March 2022 and ten hours apart, two sets of four one-hour listening sessions covering the centre's four hubs. The goal of the listening sessions was to incorporate the public’s ideas into the work plan of the CPS, as well as to answer its questions. A few minutes at the opening of the session was spent on a brief introduction to the featured hub; a question and answer period followed.