In May 2019 SpaceX launched its first batch of 60 Starlink communication satellites, which surprised astronomers and public with their appearance in the night sky 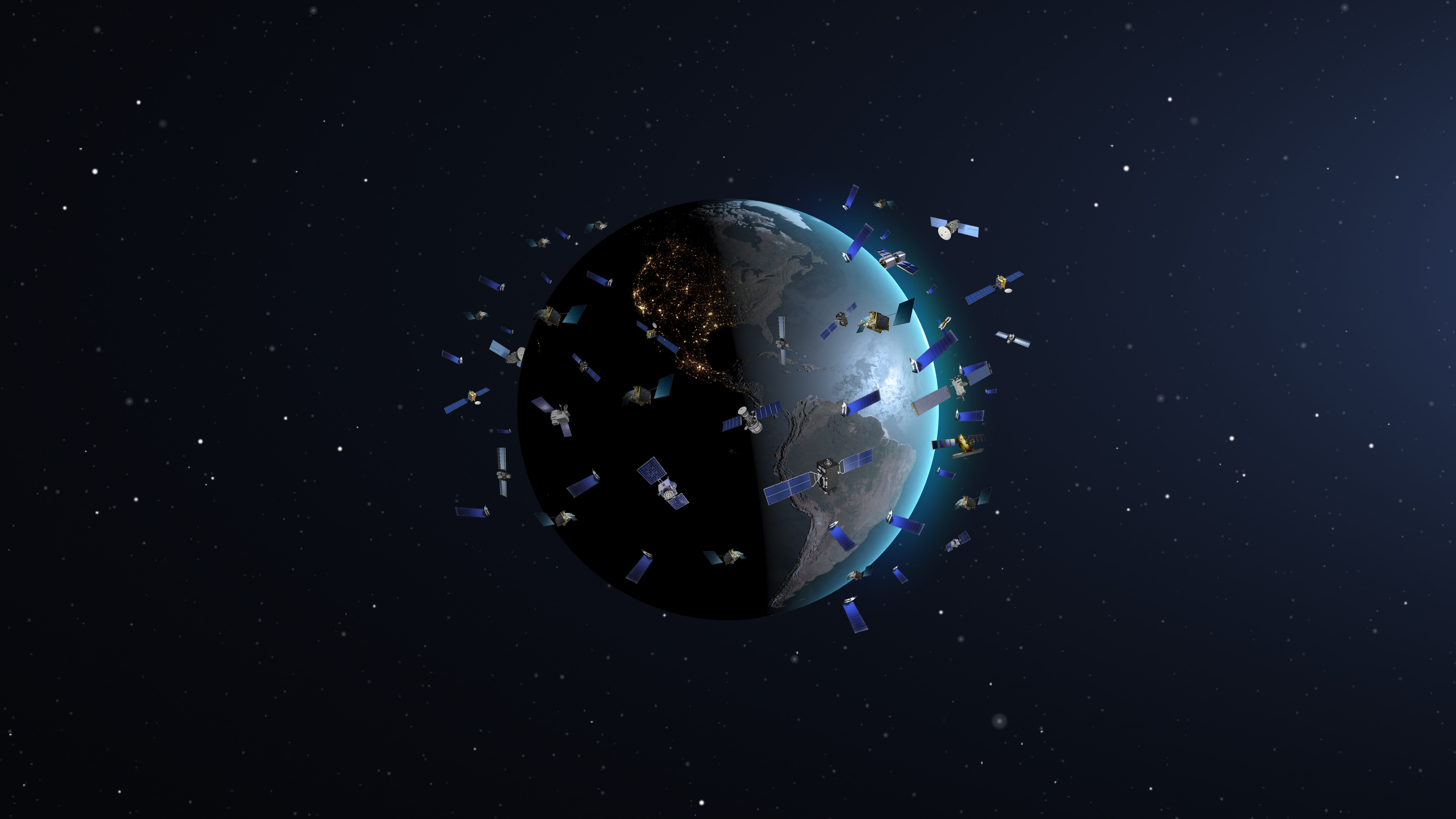 Astronomers became acutely aware of the impact of satellite constellations with the launch of the first 60 Starlink satellites in May 2019. Thereafter, 150 experts from astronomy, industry, space policy and the wider community conducted months of research before presenting and then publishing on the impact of satellite constellations on astronomy. A principal goal of the SATCON1 workshop and the Dark & Quiet Skies 1 conference was to first identify the issues and formulate recommendations toward mitigation. SATCON2 and Dark & Quiet Skies 2 both sought to identify pathways to implement recommendations, while also broadening the group of stakeholders beyond astronomers and the satellite industry, to include, e.g., planetarium operators, amateur astronomers, and Indigenous groups. Stakeholders worked together in the areas of space policy, regulations, industry guidelines, astronomical observations, software, and more. It is on this strong foundation that the IAU Centre was selected on 1 April 2022 and launched on 3 June 2022.

The co-hosts of the CPS are NSF’s NOIRLab, the US centre for ground-based optical astronomy, and the SKA Observatory (SKAO), an intergovernmental organisation headquartered in the UK tasked with delivering the world’s most powerful networks of radio telescopes in Australia and South Africa. The CPS Director is formally based at the IAU Office in Paris.

The vision of the CPS is to become the leading voice for astronomical matters that relate to the protection of the dark and quiet sky from satellite constellations and to act as a hub of information and resources to which any stakeholder group will be able to contribute and from which they can draw in support of their own activities.

The mission of the CPS is to coordinate efforts and unify voices across the global astronomical community with regard to the protection of the dark and quiet sky from satellite constellation interference. The CPS brings together astronomers, satellite operators, policy makers and the wider community and acts as a bridge between all stakeholders to protect the dark and quiet skies. The CPS builds on the vast amount of work carried out by the two host institutions and by the astronomy community in general, recognising the various interests of different observatories according to wavelength, existing regulations, and expected impact.

The Steering Committee is composed, ex-officio, of the Directors of NSF’s NOIRLab and of the SKAO, the IAU Assistant General Secretary and one more member elected by each organisation, to add up a total of 6 members.

The CPS is hosted by the US national optical observatory, NOIRLab, in Tucson, Arizona, USA, and by the Square Kilometre Array Observatory at Jodrell Bank, Macclesfield, United Kingdom. The CPS is sponsored by the IAU, whose headquarters are located in Paris, France. The CPS Management Team consists of:

External advice to the Management Team will be provided by a science and technology Advisory Committee, made up of 10 representatives from the astronomical community plus other stakeholders with a range of different interests. Appointment to this committee will be made by the CPS management in consultation with the IAU Executive Committee, who may recommend expertise from its Divisions, Commissions, and Working Groups relevant to the work of the CPS. The final composition of the Advisory Committee will take into account experience in optical-infrared and radio astronomy, gender, geographical distribution, and diversity.

The core workforce of the CPS will come from its membership, composed of a large number of observatories, research institutes, private companies and individuals. Members will belong to different hubs (SatHub, Policy, Industry and Technology, and Community Engagement) tasked with different aspects of the CPS’s activities. Contributions from the membership will be coordinated by each hub depending on the type of activities in their programme.

The membership of the CPS is classified into two categories:

Contributing Member: Members who can commit to developing specific tasks, contributing in-kind resources to the CPS. Resources can take any form from percentage of staff time to telescope observation time or enabling the use of technical facilities (computing centres, testing facilities, etc). Contributing Members will naturally be in a position to discuss the work plan with the respective hub chairs and potentially propose new lines of work.

Affiliated member: Members who are interested in the work of the CPS but cannot commit resources to it. Affiliated members will still be part of the hubs and will be able to participate and collaborate on a best efforts basis.

How to become a member

If you are interested in becoming a member of the CPS, please complete the following application form, this will assist us to understand in which hub you will participate. Once you have completed the form, a Management Team member or hub lead will contact the applicant within a couple of days of submission of the application to discuss and agree the details of your engagement with the CPS in one of the two available categories.